ABBA Covers
On The Acoustic

Here on this ABBA covers songs page you'll find a collection of demo covers and full lesson tutorials available for purchase along with several free chord sheets in pdf. format. Help yourself to the free chord sheets where available. 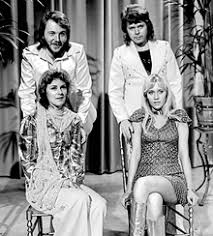 ABBA released this song, which means "little one" in Spanish from their Voulez-Vous album back in 1979. It wasn't going to be a single, but once they finished recording the song, decided to release as such. The song was also a huge hit Internationally and one half of royalties were donated to UNICEF by the band. They recorded the song in both English and Spanish.

Of all of the great songs released by ABBA, this one in 1976 was their only #1 hit in the United States. Of course it was a huge hit in many other countries around the world. The song was written by the male members of the group as a way of joining the disco trend which was strong in the mid to late 1970s. I'd say they captured the vibe with this great tune and has become one of the more well known ABBA covers.

This song was not on any previous ABBA album but was written specifically for a Greatest Hits album in 1976 as an "extra" track. They changed the name to Fernando after the name of a bartender at a local bar in Stockholm where they would gather for a drink. A Swedish, Spanish and English version was released and with the English lyrics being a much different story than the other versions.

This was another "extra" track for their Greatest Hits 2 album that was released in the fall of 1979 and was a huge #1 in many European countries. It replaced a song called Rubber Ball Man which was never released by ABBA because Gimmie Gimmie Gimmie had more of a disco flavour for the time and was also released in Spanish.

5. I Have A Dream
Chords

The two male members of ABBA wrote this song in 1976 but the band never released it as a single until Dec 1979 when it hit the top of the charts in many countries. It's the only ABBA song that has non ABBA members singing on their song. This was a group of school kids from the international School Of Stockholm.

6. Knowing Me Knowing You
Chords

This song hails from their "Arrival" album of 1977 and also was a huge #1 hit for the band in many countries and a top 10 in many others. In the USA the song reached #14.

This song, which means "my mother" in Italian but in reality equates to the English expression "my my", was released as a single in 1975. A music video for this song certainly helped promote their image. This is another ABBA covers that's fun to play on the acoustic.

8. Slipping Through My Fingers
Chords

In 1981 this song, from "The Visitors" album was released as a single, but only in Japan and was the only song, as there was no recording on the B-side, just the picture of the group standing on a Coca-Cola logo. Now that's strange.

This was another early monster hit from 1975 for the band from their 3rd album entitled ABBA. Mamma Mia was the other big release from this record.

10. The Winner Takes It All
Chords

After taking 7 months off, ABBA returned with an album called Super Trouper in 1980, and this was a single from that album that reached #1 in several countries and became the bands last top 10 song in the USA.

11. When I Kissed The Teacher
Chords

This song was released in 1976 but failed to break the top 10 anywhere, which is surprising to say the least considering almost everything released by ABBA was a #1 somewhere on the planet .. but not this one.

Thanks for stopping by this ABBA covers page and I hope the info here was useful.