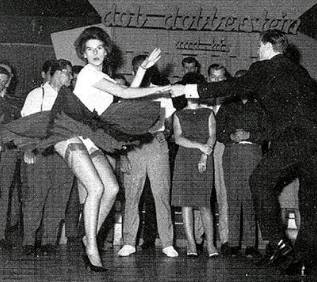 This part of the site features acoustic guitar rock n roll songs from the 1950's.

As this is a new section, if you're looking for a specific artist or band in any category use the A-Z Directory.

Artists lessons in this area will feature some of the greats like Chuck Berry, Elvis Presley, Buddy Holly, The Everly Brothers and many more. There are also two free lessons on this page.

Visit the A-Z- Directory to see other 50s rock n roll artists, or scroll to the bottom of this page.

1. Bill Haley - Rock Around The Clock 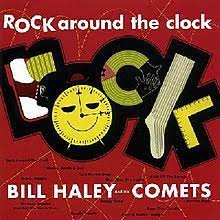 Rock Around The Clock was not written by Bill Haley but by Max Freedman and James Myers in 1952.  Bill Haley recorded the song in 1954 and it took only two takes combined to make the final version.

And because of a delay arriving at the studio to record the song, Sammy Davis Jr's studio time was delayed while he waited in the hallway as Bill Haley recorded this song. Bill Haley had a #1 with this song and can be found on his album of the same name. 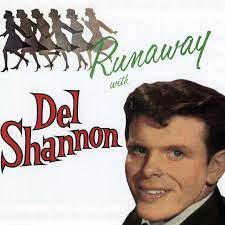 Runaway was a song written by a guy named Charles Westover who changed his name to Del Shannon, and a keyboard player named Max Crook. Max had built a keyboard with a unique sound and he called it a Musitron.

When their manager persuaded them to record the song they had no idea it would peak at #1 on Billboard in the US and three weeks later top the charts in the UK. The song can be found on the 1961 album "Runaway With Del Shannon". 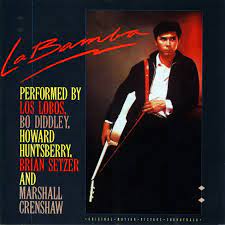 We Belong Together ... is a song from 1958 and first recorded by the duo "Robert & Johnny" and was a #12 R&B hit for them. Ritchie Valens recorded the song in 1959 and had success with the song.

Los Lobos, who formed in LA in 1973, were chosen to record a version of the song in 1987 for the movie about Ritchie Valens life called La Bamba. 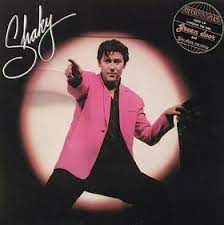 In 1981, Welsh singer Shakin Stevens released his single in the UK and it became his 2nd #1 hit.

You can find this track on the album "Shaky'. 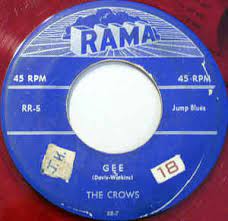 Gee has been credited as the first rock & roll hit by a rock and roll group. The Crows recorded this doo-wop song back in Feb 1953 in New Your City. It made the charts in Apr of 1954 and eventually peaked at #2 on the R&B charts and #14 on the Pop Chart.

It was the B-Side to "I Love You So" but received more airplay than the A-Side.

This song was written in a few minutes by group member William Davis. This group disbanded as a one hit wonder shortly after this song fell from the charts.

Thanks for dropping by this acoustic guitar rock n roll page and I hope you found some of the info here useful.