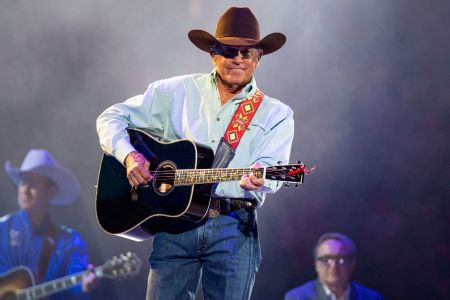 Thanks for stopping by my best George Strait songs page where you'll find a collection of demo covers and full lesson tutorials available for purchase along with several free chord sheets in .pdf format, rhythm tips and links to other lessons.

Merle Haggard wrote this song and recorded his version in 1974 and again with Willie nelson in 1987. Freddy Weller and hank Snow also did covers in the 1970's.

2. Three Nails And A Cross

This song haisl from the "Here or A Good Time" album which was released in 2011. George co-wrote this song with his son, Dean Dillon and Bobby Boyd

3. Where Have I Been All My Life

This song can be found on the 2009 album entitled "Twang".

Song writer Bruce Robison (brother of Texan artist Charlie Robison) wrote and recorded his own version for this song. George Strait picked up the song for his album "It Just Come Natural" and had a #2 hit with his version. Kelly Willis also covered the song.

This song was a #4 hit for George Strait back in 2005 from his album "Somewhere Down In Texas". The song was written by Cory Mayo.

Thanks for stopping by my best George Strait songs page for the acoustic guitar and I hope you found the info here useful.

George Strait How Bout Them Cowgirls