Both Sides Now Chords
On The Acoustic 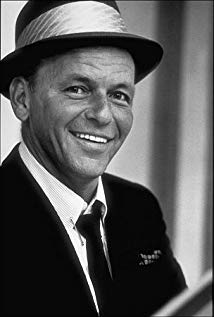 Here on this Both Sides Now chords page you'll find my acoustic guitar demo, purchase link to the full lesson, the lyrics to the song as well as a free .pdf to the Young At Heart chords sheet you can download.

Both Sides Now is a Canadian folk artist song by Joni Mitchell back in the late 1960's. Judy Collins first recorded the song in 1968. The Frank Sinatra version is called "From Both Sides Now" when it was recorded in 1968 for his "Cycles" album.

Not too difficult an arrangement with these Frank Sinatra chords which consist of G - C/G - Bm - C - Am - Dsus and a D chord.

But now it's just another show
And you leave 'em laughing when you go
And if you care, don't let them know
Don't give yourself away

Really don't know love at all
Tears and fears and feeling proud
To say, "I love you" right out loud
Dreams and schemes and circus crowds
I've looked at life that way

Oh, but now old friends they're acting strange
And they shake their heads, they say I've changed
Well something's lost, but something's gained
In living every day