Brooks and Dunn Greatest Songs
On The Acoustic 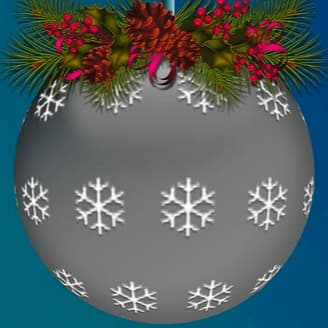 Here on this Brooks And Dunn greatest songs page you'll find a collection of demo covers and full lesson tutorials available for purchase along with several free chord sheets in pdf. format. Help yourself to the free chord sheets where available.

Believe was released in Oct 2005 and became a #1 in 2006 as well as winning numerous awards. The song was co-written by Ronnie Dunn and in 2019 they recorded the song once more with Kane Brown in 2019 with it reaching #42 on the charts.

Ronnie Dunn wrote Boot Scootin Boogie back in 1990, but Asleep At The Wheel recorded the song first that same year. Brooks & Dunn released the song a year later as a B-side to Brand New Man, but it quickly became apparent that this song deserved to make it to the top, and it did. This was Brooks & Dunn's 4th #1 in the US and also in Canada.

This song has also been credited to the line dance craze, which as you probably have seen, when this song is played by a band or DJ, line dancers take over the dance floor.

Brooks & Dunn put this song Hangin Round The Mistletoe on their 2002 Christmas album entitled "It Won't Be Christmas Without You". There are many Christmas standards on this album. The song itself peaked at #47 on the holiday charts back in 2002.

This song hails from Ronnie Dunn's second solo album in 2014 entitled Peace, Love and Country Music. Christ Stapleton co-wrote this song with another writer but Dunn never released this as a single from the album.

Not saying anything negative about Kix Brooks and his singing ability, but of the five singles released from their 1992 debut album, this one only peaked at #6 while the other four were all number one hits. I wonder if Ronnie Dunn ever ribs him about that fact. Kix Brooks co-wrote this song with Don Cook.

This song was the 2nd single from their 1992 debut album and was written by Brooks And Dunn and Don Cook. It was a #1 hit song on the charts.

Back in 1973, Louis (B. W.) Stevenson and Daniel Moore co-wrote this song and when it was released, peaked at #9 on the pop charts. Many years later in 1997, Brooks And Dunn took the song to #1 with their great updated version.

Another #1 from their debut album back in 1992 and written by Ronnie Dunn. This song also spawned the duo's first music video. For their 1019 "Reboot" album, they recorded this one again with Kacey Lee Musgraves.

Kix Brooks had a hand in co-writing this song with two other writers and managed another #1 hit when this one hit the airwaves in 2001. It wasn't meant to be a political song or have any reference to Sept 11th 2001, but it did as time went on. A radio station switched their format to country and used this song as their opener to the public, showcasing their admiration from the Brooks and Dunn Brooks and Dunn greatest songs catalog.

This song was from a movie called Billy The Early Years back in 2009. Christian rocked Mac Powell colaborated on this song which peaked at #55 on the US Country Charts.

This song was also featured on the Brooks & Dunn 2002 Christmas album entitled "It Won't Be Christmas Without You". Santa's Coming Over To Your House was not released as a holiday single. Kix Brooks co-wrote this song with Nashville writer and producer Don Kirby Cook.

In 1995 the duo released their 3rd album called "Waitin On Sundown" and this song was a single from the album and peaked at #1. It was written by Brooks and Dunn and Don Cook.

Thanks for dropping by this Brooks and Dunn greatest songs page. New lessons are always being added to this site. 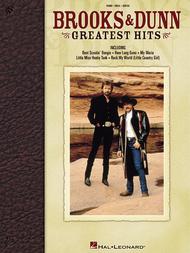