Dio Songs
On The Acoustic 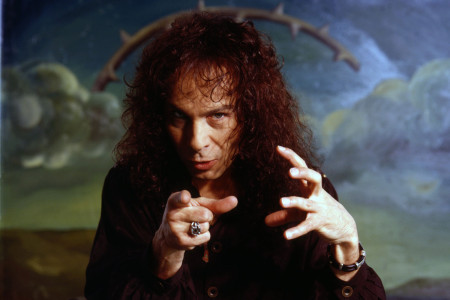 Dio was a heavy metal rock band which were active since 1982 and they disbanded when Ronnie Dio passed away from stomach cancer.  In 1983 the band released their debut album called "Holy Diver" and released this single called Rainbow In The Dark which peaked at #14 on the rock chart.