Don McLean Songs
On The Acoustic 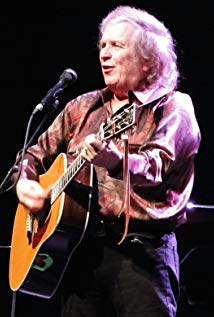 Welcome to my Don McLean songs page where below I have lessons on 6 of Don Mclean greatest hits as well as some partial free demos, free chords and lyrics sheets and tips on playing these classic folk songs.

There seems to be lots of questions out there asking is Don McLean dead or is Don McLean still alive or when did Don McLean die? The answer is as of this writing in Mar 2021 he is alive and well. And how old is Don McLean you ask? He is currently 75 years old.

Most famous of Don McLean songs can be found over on the ...

This song by Don McLean was never released as a single.

3. Castles In The Air

Castles In The Air was released before American Pie but did not chart in 1971. Ten years later it was released again and did was a top 10 in Canada and the US.

As popular as this song is, Empty Chairs was never released as a single.

Vincent became a #1 song in the UK in 1972 and was a top 10 in the US, Australia and Canada. My Vincent Don McLean cover has received some positive feedback.

Who Is Don Mclean

He lost his father at age 15. By age 16 he had learned guitar and was making musical connections in his local area. Over the years he hooked up with well known artist Pete Seeger.

Don got rejected 72 times before his first album "Tapestry", got recorded.

Thanks for stopping by this Don McLean songs page. After reviewing the free chords and lyrics sheets, free partial demos and a few of my rhythm tips, I hope you found some of this content useful. Feel free to share this page on your social media.