Dr Hook Songs
On The Acoustic 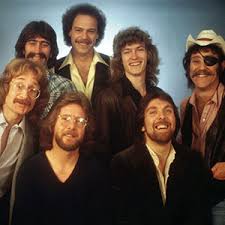 Here on this Dr Hook songs page you'll find a collection of demo covers and full lesson tutorials available for purchase along with several free chord sheets in pdf. format. Help yourself to the free chord sheets where available.

This song was released from the "A Little Bit More" album of 1976. A Couple More Years peaked at #51 on the US Country charts.

A Little Bit More was the single released from the album of the same name in 1976. Bobby Gosh wrote and released his version in 1973 but it was the Dr Hook version that peaked at #11 on Billboard and was #4 in Canada and #2 in the UK and Ireland.

In 1972 the group released their 2nd album called "Sloppy Seconds" and from that album came the release of Carry Me Carrie, which peaked at #71 on the Billboard Chart.

Cover Of The Rolling Stone
Chords

I'm not sure which album Crazy Rosie was recorded on but it was never released as a single.

Freakin At The Freakers Ball
Chords

Freakin At The Freakers Ball was another one of those classic Dr Hook song s which was never released as a single. It comes off of the "Sloppy Joes" 1972 album.

This song I Don't Feel Much Like Smilin' was from the 1979 album "Sometimes You Win". This song was never released as a single.

I Don't Wanna Be Alone
Chords

Strangely this song, I Don't Wanna Be Alone Tonight, which hail from the 1978 album "Pleasure And Pain", was never released as a single.

Only Sixteen is an old Sam Cooke song that was released back in 1959. Dr Hook covered the song in 1975 as a track on their "Bankrupt" album and scored a #6 on Billboard and a top 10 in several other countries with their version.

Queen Of The Silver Dollar
Chords

Sharing The Night Together
Chords

When She Cries
Chords

When You're In Love With A Beautiful Woman
Chords