Elvis Movie Songs
On The Acoustic 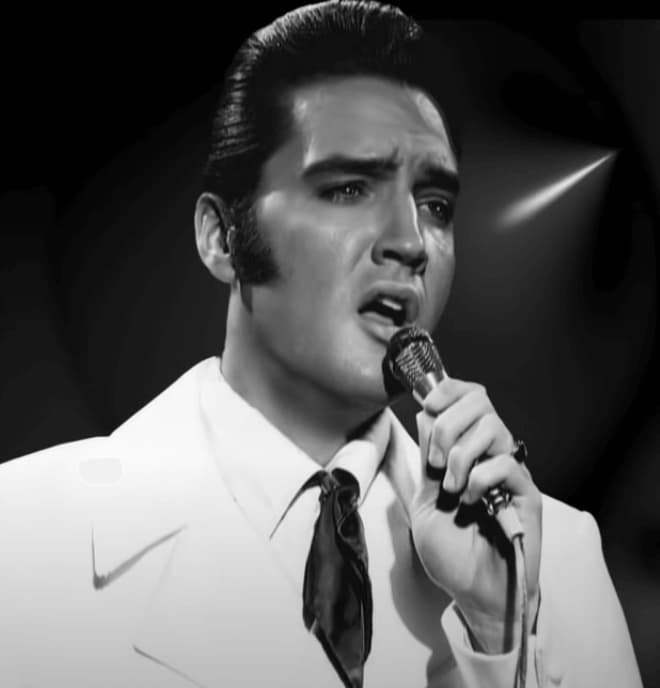 Below is a third list of 5 Elvis movie songs I have covered on the acoustic guitar that you can easily learn. There are free chords sheets in pdf, lyrics, clips of Elvis, rhythm tips and links to full tutorial lessons on the following pages.

This was one of four songs to appear on the 1995 "Command Performances: The 1960s Essentials II" which was a box set of Elvis songs from the 1960's released in 1995. This song appears on the album and in the film GI Blues released back in 1960.

Sing You Children was a song from the 1967 movie Easy Come Easy Go. It's not often you'r release an album with just six songs on it (only four on the UK album), but that's what happened here. The album did poorly in the US and Elvis called the songs on the album as shit.

Compared to what actors make today for a film, $750,000 likely isn't much. But this is what Elvis got paid back in 1966 for this movie that made approx $3 million. The Spinout album peaked at #18 on the pop charts. The single Spinout peaked at #40 on Billboard Hot 100 and did appear in the 1995 "Command Performances: The Essential 60s Masters II" box set of Elvis songs from the 1960s.

This song was the 12th track on the album and did make it into the film as a duet with Ann Margaret.

5. Tonight Is So Right For Love

When the film soundtrack for GI Blues was released in Europe, this song was substituted with another song called Tonight's All Right For Love. Why? Because the melody for the original song was lifted from a song written by a German born French composer by the name of Jacques Offenbach. So to avoid copyright issues overseas, the song was swapped out.

Although the song did appear in the movie in 1960 as you'll see from the clip below, a release of the song was held off until 1974. Abner Silver and Sid Wayne wrote the lyrics for this song in English for Elvis for the conversion.

Thanks for checking out my Elvis Movie songs page.

All Elvis Movie Songs On Acoustic

Homepage
NOTE:- As of 23 Jul 2021, Youtube has disabled 100's of my videos. So if you see a blank spot on a page, or a Demo that is Private, Im working to repair - Thanks for your patience.