Feelin Alright Chords
On The Acoustic 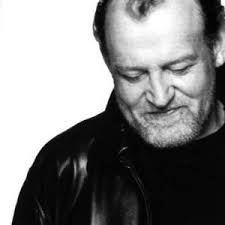 Here on this Feelin Alright chords page you'll find my acoustic guitar demo, purchase link to the full lesson, the lyrics to the song as well as a free .pdf to the Feelin Alright Chords sheet you can download.

Dave Mason wrote this song in the late 60's for his own band "Traffic". Both versions of the song from Mason and Cocker ended up in the 2012 movie called Flight. In 1969 Joe Cocker put this track on his album "With A Little Help From My Friends". The first Cocker release of this song was in 1969 and it peaked at #69. A second release in 1972 saw the song peak at #33.

I'm not feelin' too good myself
Boy you sure took me for one big ride
Even now I sit and wonder why
And when I think of you I start myself to cry out
I just can't waste my time, I must keep dry
Gotta stop believin' in all your lies
'Cause there's too much to do before I die, hey

I'm not feelin' too good
Don't get too lost in all I say
Though at the time I really felt that way
But that was then, and now you know it's today
I can't get off, I guess I'm here to stay
'Til someone comes along and takes my place, yeah
With a different name, oh, and a different face