Gary And The Playboys Songs
On The Acoustic 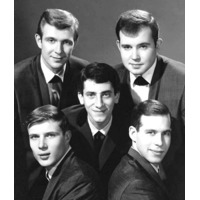 Here on this Gary And the Playboys songs page you'll find a collection of demo covers and full lesson tutorials available for purchase along with several free chord sheets in pdf. format. Help yourself to the free chord sheets where available.

This song was recorded by Gary And the Playboys and also by Sammy Ambrose. Both artists released their versions in early 1965, but it was this version which eventually went to #1 on the Billboard Hot 100 charts. Leon Russell played organ on the recording.