Gone Country
Chords And Lyrics
For The Acoustic 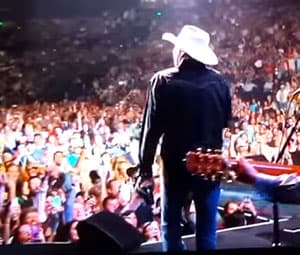 Here on this Gone Country chords and lyrics page you'll find my acoustic guitar demo, purchase link to the full lesson, the lyrics to the song as well as a free .pdf you can download.


She's been playin' in a room on the strip, for ten years in Vegas
Every night she looks in the mirror, and she only ages
She's been readin' 'bout Nashville on the records, that everybody's buyin'
Says, "I'm a simple girl myself, grew up on Long Island"
So she packs her bags, to try her hand, says, "This might be, my last chance"

Well the folk seems dead, but he's holdin' out in the village
He's been writing songs, speakin' out against wealth and privilege
He says, "I don't believe in money, but a man can make him a killin'"
Cause, some of that stuff don't sound much different then Dylan
I hear down there, it's changed you see, they're not as backward as they used to be

He commutes to L.A. but he's gotta house in the valley
But the bills are pilin' up, and the crop scene just ain't on the rally
He says, "Honey I'm a serious compose, good in voice and composition"
With the crime and the smog these days, this ain't no place for children
Lord it sounds so easy, it shouldn't take long
He'll be back in the money, in no time at all


When Alan Jackson was told by producers that for his 1994 performance on the ACMA's he'd have to sing along with a backing track ... in protest he told his drummer, don't use any sticks. Thanks for stopping by this Gone Country chords and lyrics page.