Green Day Most Popular Songs
On The Acoustic 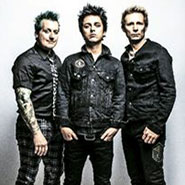 Welcome to my Green Day most popular songs page available for the acoustic player to learn five popular songs. View my acoustic demos below and if you'd like to purchase any full lesson video, that option is here also. Download the free chord sheets in .pdf format and check out my rhythm tips, song info and more on this great rock band.

This song came out in 2009 from "Green Days 21st Century Breakdown" album. It was the 2nd single from the album and peaked at #22 on Billboard and was their last single to chart and the bands last top 40 song.

This is from the "American Idiot" album from 2004 and Billy Joe Armstrong wrote the lyrics while the entire band composed the song. Many consider this as Green Days signature song as it reached #2 in the US, becoming their highest charting single.  It was also the 9th highest selling song of the 2000-2009 decade at more than 5 million sales.

Released as the last single from the "Dookie" album from 1994, She reached #18 on US Mainstream Rock and #5 on US Alternative Airplay. Apparently Billy Joes ex-girlfriend showed him a poem with the title "She" and he in turn wrote this song. At which point it is reported she dumped him and moved to Ecuador. So much for sharing your writing talents with another eh?

4. Time Of Your Life

A song from the early days of Green Day, 1997, this song did very well internationally for the band reaching #11 in the US and becoming a top 20 in several countries. Good Riddance or as some call it Time Of Your Life. An earlier version of the song had appeared as a B-Side to the European single Brain Stew/Jaded. The song is about the same girlfriend named Amanda who the song "She" was written about. Producer Rob Cavallo decided to add strings and it went over well with the band when they heard the arrangement.

The song also appeared in an episode of Seinfeld before the last episode in 1998 and in a bloopers show from the series. Certainly a Green Day most popular songs recipient.

5. Wake Me Up When Sept Ends

Billy Joe Armstrong lost his father at the age of 10 and this song was written about that tragedy.  The song reached #6 on Billboard in 2005 and hails from the "American Idiot" album. The song hit #1 in the Czech Republic and a top 10 in several countries. Memes have circulated annually on social media at the end of Sept because of this song.

Thanks for stopping by my Green Day most popular songs page and I hope you found what you were looking for. 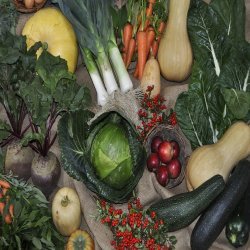