The Guess Who Hits
On The Acoustic 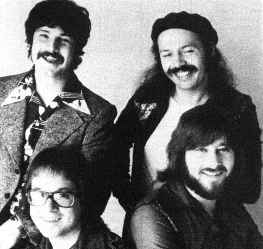 Here on this Guess Who Hits page you'll find a collection of demo covers and full lesson tutorials available for purchase along with several free chord sheets in pdf. format. Help yourself to the free chord sheets where available.

Of all The Guess Who songs, American Woman is probably their most recognizable especially to American audiences. Ithails from the album of the same name which was released as a single in March 1970. The song went to #1 on Billboard and one of many great Guess Who hits from the 1970s. While changing a broken string, Randy Bachman was goofing around and came up with a riff.

Others joined in and started jamming. Burton Cummings made up some lyrics on the spot. A kid with a tape recorder was taping and the band asked for the tape. The lyrics were later revised and Volia!

3. My Own Way To Rock - (Burton Cummings)
Chords

My Own Way To Rock, like I'm Scared above, is not from the archives of The Guess Who music vault. It was from the 2nd Burton Cummings album and this song of the same name was one of three singles from the album. The song did not chart in Canada but did reach #74 on the Billboard 100 in 1977.

Randy Bachman got inspiration for the song while in California when he was waling down the street with records under his arm, found himself approaching thre biker looking dudes on the same side of the street. A car pulled over and out jumped a small woman who started ripping a strip off of one of the men for leaving her all day with the kids while he was out watching strippers. As they got into the car she remarked there would be no sugar tonight for him.

From their 1974 album called "Road Food" come this song written by Burton Cummings called Star Baby. The Guess Who had a #9 in Canada and a #30 in the US on the Cash Box chart. They also performed the song live on Dec 14, 1973 on the show Midnight Special. You can watch that performance from the link below.

This song was a bit of a breakthrough for The Guess Who when it was released in 1969 as the song was the bands first top 10 in the US, peaking at #6 on Billboard. Needless to say this song ended up on The Guess Who Greatest Hits album. Michael Bolton covered These Eyes in 1976.

Undun was one of The Guess Who songs that started out as a the B-side to the single, Laughing. But DJ's began playing the B-side as much as the A-side which gave the song more exposure than the band expected. It was a #21 in Canada and #22 in the US. Randy Bachman said it was his favourite song form his time in The Guess Who.

Thanks for stopping by my Guess Who Hits page. I hope you found the info you were looking for.