Halfway To Paradise
Chords And Lyrics
On The Acoustic 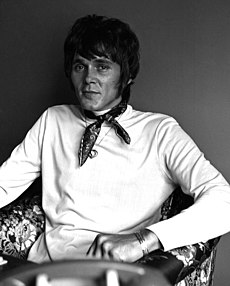 Welcome to my Halfway To Paradise chords and lyrics page you'll find my free pdf below, an acoustic demo, song lyrics, a clip of Billy Fury, some rhythm tips and a purchase link for the full tutorial lesson.

Billy Fury recorded Halfway To Paradise back in 1961 and had a #3 hit on the UK charts with this song. The Beatles had 24 hits in the 1960s and so did Billy Fury. He was the English Elvis as some called him. He even starred in a few films during those early years.

He underwent heart surgery in 1972 and 1976 but time ran out in the early part of 1983 when his manager found him on the floor of his home in London, the morning after a night recording session.

Mmm bein' close to you is almost heaven (heaven)
But seein' you can do just so much
It hurts me so to know your heart's a treasure (treasure)
And that my heart - is forbidden to touch .. so

Thanks for stopping by my Halfway To Paradise chords and lyrics page. I hope the info here was useful and if it was feel free to share it on social media.