Here on this John Prine cover songs page you'll find a collection of demo covers and full lesson tutorials available for purchase along with several free chord sheets in pdf. format. Help yourself to the free chord sheets where available. 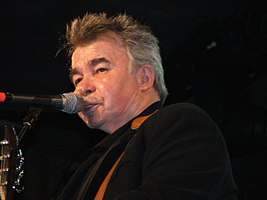 John Prine's 1991 album "The Missing Years" contains this track. His mother Verna apparently loved to do crossword puzzles and that's where the inspiration came from for this song.

Band member Pat McLaughlin co-wrote this song with John Prine for his 2005 album, "Fair & Square". John Prine must have been one of only a few artists who went through their entire career's and never released a single. He was a guest on three artists singles, but none of his songs were ever released as singles.

John Prine co-wrote this song with Roger Cook and it is from the same album above as Crazy As A Loon.

This song hails from John Prine's debut album "John Prine" from 1971. This song isn't about smoking dope. John said he wrote the song about himself smiling at things that many people never smiled at while he was growing up. But it happened to fit well with the hippie movement who sort of adopted the song and John never bothered to explain the true source of the song.

This song is a track on the 1978 album "Brusied Orange" which was produced by longtime friend and musician Steve Goodman.

This song John Prine did not write but instead was written by Rowland Salley, the bass player for Chris Isaak. John Prine recorded the song as did Alison Krauss in a duet with Robert Plant.


7. Knockin On Your Screen Door
Chords

This song appears on John Prine's final album released in 1018 called "The Tree Of Forgiveness". It was co-written with band mate Pat McLaughlin.

This song was written by Guy Clark and recorded by John Prine and Emmylou Harris.

This is another song which appears on the Fair & Square album from 2005 and co-written with Roger Cook.

Steve Goodman wrote this song and John Prine covered it for the album "A Tribute To Steve Goodman".

This song appears on his debut album from 1971. In the song John makes reference that he wants his ashes spread in the Green River in Kentucky where the town of Paradise Ky is located. When John passed in 2020, half of his ashes were released in the river and the other half buried next to his parents.

Sam Stone appeared on the 1971 debut album by John Prine and addresses the addiction issue that seems to consume many war veterans after returning from a war environment. This song is mainly addressing heroin addiction.

souvenirs appears on the John Prine album from 2000 of the same name. Apparently the alum was originally intended for release to German audiences only.


14. The Oldest Baby In The World
Chords

This track is on the 1984 album "Aimless Love". The song was inspired by a story in the newspaper describing sick children appearing to get old prematurely.

Thanks for stopping by this John Prine cover songs page. I hope you found some helpful information here. 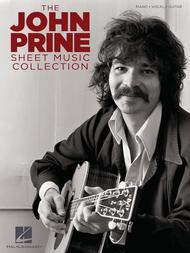