Journey Songs
On The Acoustic 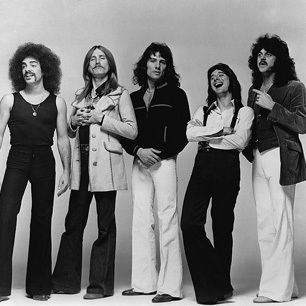 Here on this Journey songs page you'll find a collection of demo covers and full lesson tutorials available for purchase along with several free chord sheets in pdf. format. Help yourself to the free chord sheets where available.

See All Journey Available From The Main Menu Here

1. Anyway You Want It

This song hails from the bands 1980 "Departure" album with the song co-written by Steve Perry and guitarist Neil Schon peaking at #23 on the Billboard chart.

2. I'll Be Alright Without You

Three members of Journey composed this song and they was Jonathan Cain, Steve Perry and Neil Schon and hails from their 1986 album "Raised On Radio". It reached #14 on the Billboard Hot 100.

Steve Perry went solo from Journey but in 1984 he was still a member of the band while releasing his solo album "Street Talk". He scored a #1 hit with the release of this song which was Perry's first single and his only #1 hit song.

Although this song is considered a rock song from Journey's 1983 album "Frontiers", it actually charted on the Pop Charts in 1983 and peaked at #23.

This song hails from Journey's 4th album which was recorded in 1977 called "Infinity". This song kinda open the door for the band becoming their first top 100 songs peaking at #57. The bass player Ross Valory's wife (Diane) actually wrote the song which was originally called Wheels In My Mind.