Kathy Mattea Songs
On The Acoustic

Here on this Kathy Mattea songs page you'll find a collection of demo covers and full lesson tutorials available for purchase along with several free chord sheets in .pdf format. Help yourself to the free chord sheets. 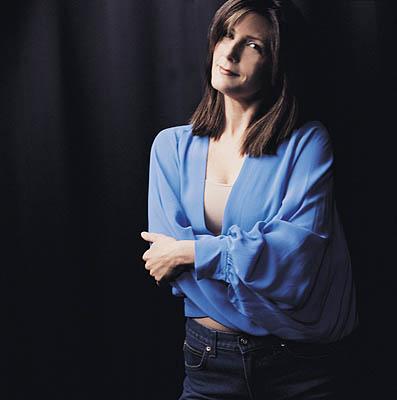 Song facts for 18 Wheels And A Dozen Roses - This song was the 2nd single from her 1988 album "Untasted Honey" and peaked at #1 on the country charts. She had two number ones from this album.

Song facts for Come From The Heart - Willow In The Wind was the 5th album for Kathy Mattea when it was released back in 1989 and it spawned this single.

Come From The Heart was co-written by Guy Clark's wife Suzanna with Richard Leigh. Mattea got a #1 hit in both Canada and the US with her version. Todd Snider and Rosanna Cash also did a duet of the song.

Song facts for Goin Gone - Kathy Mattea released this single back in 1987 and it became a #1 hit on the country charts in the US and a #3 in Canada.

The song hails from her 4th studio album "Untasted Honey". This song was Mattea's first #1 song but it also produced another called Eighteen Wheels And A Dozen Roses.

Song facts for Life As We Knew It - From the same album as the song listed above, this was the last single from the Untasted Honey album but did well on the charts peaking at #4.

Song facts for Love At the Five And Dime - Nanci Griffith wrote this song and recorded her version in 1986. Kathy Mattea was just coming onto the music scene with her first album "Walk The Way The Wind Blows" and decided to not only cut this song, but put it out as a single.

It became her first hit song reaching #3 on the US country charts. Don Williams also joined Kathy to sing harmony on this track.

Griffith went on to re-record the song with Darius Rucker in 1999.

Song facts for Mary Did You Know - Mark Lowry wrote the lyrics to this song back in 1984 and seven years later Buddy Greene wrote the music.

Lowry recorded the song in 1991 and over time, many artists put their version on the Gospel/Christmas song including Dolly Parton, Toby Keith, Carrie Underwood and Kathy Mattea to name a few.

Song facts for Standing Knee Deep In A River - There are several artists versions of this song by Bob McDill, Dickey Lee and Bucky Jones song including from Don Williams, Joe Cocker and Kathy Mattea.

Her version reached #19 on the country charts in 1993 and can be found on her "Lonesome Standard Time" album.

Song facts for The Battle Hymn Of Love - Two well known writers Don Schiltz and Paul Overstreet co-wrote this song. Kathy Mattea decided to put it on her "Untasted Honey" ablum from 1990. The song was the first single and peaked at #9 on the country charts.

Thanks for stopping by my Kathy Mattea songs page and I hope the info was helpful.