Kenny Rogers Songs
On The Acoustic 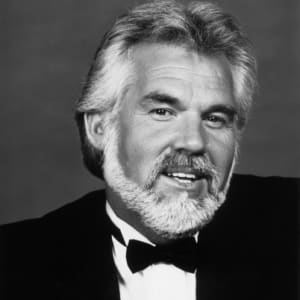 Here on this Kenny Rogers songs page you'll find a collection of demo covers and full lesson tutorials available for purchase along with several free chord sheets in pdf. format. Help yourself to the free chord sheets where available.

Mike Settle was a member of Kenny Rogers And The First Edition in 1968 when he wrote But You Know That I Love You. When it was released in 1968 the song went to #19 on the Billboard Chart. Later in 1981 Bill Anderson recorded a version and hit #2 on the Hot Country Charts. And in 1983, Dolly Parton scored a #1 when it was released from her 9 To 5 album as a single.

In 1999 Kenny Rogers released the single Buy Me A Rose, which also featured Alison Krauss and Billy Dean. Kenny became the oldest country singer at the time to have a #1 hit at the age of 61. In 2019 Kenny is now 81. Willie Nelson now holds that record at age 70 with Beer For My Horses.

In 1979 from the album "Kenny" came this song Coward Of The County. It went to #1 in the US, Canada, UK and Ireland. Roger Bowling, the writer of the song, had a grudge of some sorts against Larry Gatlin but denies the mention of the Gatlin Brothers in the song was against them. Apparently several years earlier, Bowling told Larry to f-off before he accepted an award at the Grand Ole Opry for the song Lucille. A few years later, Coward Of The County was released.

Harder Cards was released in 2002 from Kenny's album "Back To The Well". The song reached $47 on the charts.

Kenny recorded this song with Dolly Parton as a track on his 1983 album "Eyes That See In The Dark". Islands In The Stream was written by The Bee Gees and intended for Marvin Gaye, who for some reason, didn't record the song. It was re-worked and offered to Kenny Rogers. It went to #1 and a top ten in several countries. The Bee Gees eventually recorded their version in 1997.

Of all of the Kenny Rogers songs released, Lady was his biggest selling song when it hit the airwaves in 1980. It was written by Lionel Richie of The Commodores. Apparently they didn't want to record the song, so it was offered to Kenny and he said thank ya! The song went to #1 in the US and was in the top 20 in several other countries.

When Kenny Rogers left The First Edition in 1976 to embark on a solo career he must have been looking for a hit song. Roger Bowling delivered with Lucille in 1977. Another big song for Kenny hitting #1 in the US, Canada, UK and South Africa and a top 10 in many other countries.

Thanks for stopping by this Kenny Rogers songs page. I hope you found what you were looking for.


HomePage --- How To Play Country Guitar