Linda Ronstadt Covers
On The Acoustic

Welcome to my Linda Ronstadt covers page where below you'll find a collection of demo covers and several free chord sheets in .pdf format. Help yourself to the free chord sheets. There are also full lesson tutorials available if required for a small fee. Pricing from a little over a buck per lesson up to $3.25 ea. 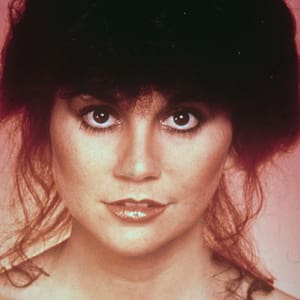 Song tips for Blue Bayou - Most guys won't be able to sing the chorus on the high end in this key. The verse is OK but Linda goes way up there in the chorus, so in my demo you'll hear my vocals drop.

If this doesn't work for you as a guy, then take the capo off, sing the verse lower and the chorus on the high end for this Blue Bayou song.

The rhythm here is a shuffle rhythm using a root down up down up- root up down up and repeat.

My picking break in here is a little more in-depth that the recording but you can come up with something on your own, or get the full lesson for an explanation of what I'm doing here.

Song tips for Heat Wave - There are a handful of chords for this one including a D, Em, Gbm, Bm, and A and a G chord. For the guys, this key may be extremely high to sing it up where Linda recorded it so singing on the low end will likely be required. The ladies won't have any problems singing this Linda Ronstadt Heat Wave song in this key.

As you'll see I'm playing a down stop down up down up --- repeat patten in the verses and then a bit of a rock n roll in the chorus. As as I mention, parts where there are drum rolls, you can duplicate with a quick shuffle strum over muted strings.

I find playing on minor chords sometime difficult to improvise a picking riff. I do manage on this one with some hammer-ons and slides but it's just an improvised play anyhow, so do what you can.

Come From The Heart was co-written by Guy Clark's wife Suzanna with Richard Leigh. Mattea got a #1 hit in both Canada and the US with her version. Todd Snider and Rosanna Cash also did a duet of the song.

Song tips for It's So Easy - This song I'm playing with a capo and mainly for this reason. When you're playing certain songs that have a picking sequence in it, and you're trying to do it with one guitar, sometimes changing to a different chord structure works better.

For instance, this song is in E. With a capo on the 2nd fret, I can play it in a D chord structure but I'm still in the key of E, on the original key. But trying to pick out what I'm doing here would be much more difficult without the capo and playing in the E chord structure.

I'm also using a drop D tuning but that isn't required as the chords here are D, G, A and an E or E7 .. take your pick.

As you can see I'm playing a down down down up down pattern in the verses but that changes to all downstrokes pretty much when you hit the chorus and the rock n roll vibe kicks in.

The song hails from her 4th studio album "Untasted Honey". This song was Mattea's first #1 song but it also produced another called Eighteen Wheels And A Dozen Roses.

Song tips for When Will I Be Loved - Follow along in the video and use the free lyrics below as you watch or grab the free pdf chord sheet available. Open in a separate window and re-size the windows so both video and chord sheet can be seen.

Vocally this one is on the hight end of the E key, so for the ladies, you'll likely have no issues. For the guys, well as you'll see, I'm on the low end.

The rhythm is pretty much down up stop un down up stop up and so on with a bit of bass running thrown in at various places in the song. And of course where there are drum rolls, you can duplicate that a bit with some shuffle strumming.

I don't usually like to play stand alone lead breaks because it breaks up the rhythm. I'd prefer to blend both where possible. This song kinda is just lead in the break so you do what you can as a lead player or you just play rhythm through that section.

Thanks for stopping by my Linda Ronstadt covers page and I hope the info was helpful.