Luke Bryan Songs
On The Acoustic 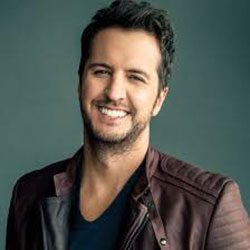 Here on this Luke Bryan songs page you'll find a collection of demo covers and full lesson tutorials available for purchase along with several free chord sheets in pdf. format. Help yourself to the free chord sheets where available.

This first song Country Man was co-written by Luke Bryan and two other writers back in 2006 and appeared as a third single to his debut album in 2008 entitle "I'll Stay Me".

The songs describes the singer trying to convince a girl that what she needs is a country man and not some city boy type.

The song peaked at #10 on the US Hot Country Songs Billboard chart.

This second Luke Bryan song called Roller Coaster was not written by him but my his merchandiser and guitar player after a trip they took to Panama City in Florida.

You would think a video and single would be close together in release, but that doesn't appear to be the case here. A great party tune.

Luke Bryan And Some Background 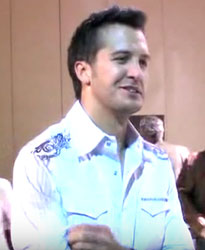 To say that Luke Bryan has overcome some tragic circumstances in his rise in country music would be an understatement that many people likely will never face.

Being the youngest of three kids, Luke was ready to make his move on Nashville when his older brother Chris was killed in a car accident. Not wanting to leave the family during this period, Luke went on to graduate with a degree in Business Administration in 1999 at Georgia southern Univ.

In 2007, Luke made it to the grand Ole Opry stage. One month later his sister Kelly died at home from unknown circumstances, leaving behind a husband and 3 kids.

7 years later his brother-in-law died at age 49, leaving behind two older girls and a younger son. So Luke and his wife Caroline stepped in and took over parenting duties.

During this time his parents also divorced.

Luke is co-owner of "Buck Commander" which is a deer hunting supplies brand and stars on a TV show for the Outdoor Channel. He has also won many awards from the ACMA and CMA's shows and is heavily involved in various charities.

Thanks for stopping by this Luke Bryan songs page and stay tuned for more lessons from this artist.