Here on this Nat King Cole songs page you'll find a collection of demo covers and full lesson tutorials available for purchase along with several free chord sheets in pdf. format. Help yourself to the free chord sheets where available. 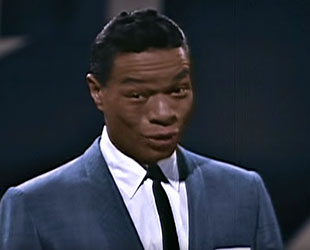 Mona Lisa was recorded and released in the spring of 1950 and went to #1 on the Billboards chart. The song also won a Grammy Award. And many artists from Conway Twitty to Willie Nelson to Elvis and Dennis Dan and Andy Williams all have their versions of this great song.

This song was written for a film from 1928 called Whoopee. Eddie Cantor sang this song in the movie and it was a signature song for him. Nat King Cole recorded My Baby Just Cares For Me in 1949 but his version was never released as a single.

3. Save The Bones For Henry Jones
Chords - - Cart

Nat King Cole did a 1947 version of this song which peaked at #12 on the US Pop Chart. There is very little info available for this song.

In 1945 Mel Torme and Bob Wells wrote a song called The Christmas Song. But over the years people began calling the song "Chestnut's Roasting On An Open Fire" or "Merry Christmas To You". Nat King Cole recorded his first version in 1946. It became a huge hit and went to #3. He recorded is again in 1953 and 1961, with the last version being the classic version we all know and love today.

Nat King Cole died in 1965 at the age of only 45. He was jazz pianist and vocalist who recorded more than 100 hit songs during his career. He was also one of the first African American men to host his own TV show.

His TV show lasted only 1 year from 1956-1957 due to a lack of sponsorship. His biggest success however occurred during the 1950's with some minor hits in the early 1960's. He collapsed at The Sands hotel in Vegas while performing on stage and upon entering hospital, it was discovered he had a growth on his lung and he had lung cancer. He was a heavy smoker.

Thank for dropping in on this Nat King Cole songs page.