Rod Stewart Songs
On The Acoustic 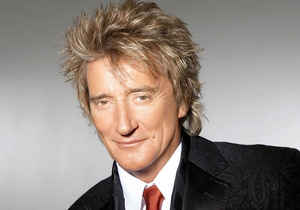 Here on this Rod Stewart songs page you'll find a collection of full lesson tutorials available for purchase along with several free chord sheets in .pdf format and some rhythm tips on playing each song.

Chords and lyrics sheets below. Check the link below for more Rod Stewart songs.

2. Some Guys Have All The Luck

3. The First Cut Is The Deepest

Cat Stevens must of had a huge grin on his face after he wrote this song, unless of course he didn't realize that six different artists would have hits with his song over the years. Those artists included, P.P. Arnold in 1967, Keith Hampshire in 1973, Rod Stewart on 1977, Dawn Penn in 1994, Papa Dee in 1995 and Sheryl Crow in 2003.

4. The Killing Of Georgie

Rod Stewart wrote this song in 1976 and scored a #2 hit in the UK. The song was written with an uptempo Part I and a more sombre Part II

5. They Can't Take That Away From Me

This song was written back in 1937 by George Gershwin. Rod Stewart did an album in 2002 of Pop Standards and this song made it onto that album. The song was released as a single and made in onto the Adult Contemporary chart peaking at #27.

Thank you for visiting my Rod Stewart songs page and with a demo video, free chord sheets and some tips on playing various songs by Rod Stewart, I hope this info was helpful.