Here on this Rodney Crowell acoustic classics page you'll find a collection of demo covers and full lesson tutorials available for purchase along with several free chord sheets in pdf. format. Help yourself to the free chord sheets where available. 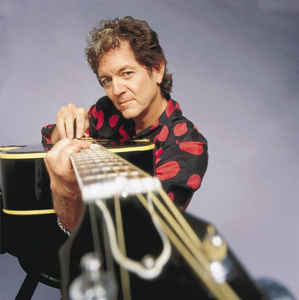 1. Famous Last Words Of A Fool In Love
Chords

This song is a track from Rodney Crowell's 2014 album entitled "Tarpaper Sky". The song however was not released as a single from the album. As a matter of fact, there were no songs released as singles from this album.

2. I Couldn't Leave You If I Tried
Chords

In 1988 the album "Diamonds And Dirt" was released and from it spawned this 2nd single and a #1 hit on the country charts for Rodney Crowell. The song was written by Crowell and was his very first #1 hit song.

Rodney Crowell co-wrote this song with Donivan Cowart back in the 1970's and because Rodney was playing in Emmylou Harris's band, she decided to record the song in 1978. A year later The Oak Ridge Boys released their version which went to #1. The song was also featured by The Band in a 1981 episode of The Dukes Of Hazzard. Oddly enough, Crowell himself never released the song as a single.

4. Many A Long And Lonesome Highway
Chords

In 1989 Crowell released his "Keys To The Highway" album and this single hit the airwaves and peaked at #3. It was co-written with Will Jennings. The song did reach #1 in Canada on the country charts.

5. Standing On A Rock
Chords

I was unable to find the album from which this song hails from but it was written by Rodney Crowell that I do know and has been recorded by other artists as well. The song was for the soundtrack in the movie "The Thing Called Love" and that version was performed by River Phoenix.

6. Stars On The Water
Chords

This song was from Crowell's 1981 album entitled "Rodney Crowell" and was one of two singles released. This song peaked at #30 on the US Country Charts while the other called Victim Or A Fool reached #34.