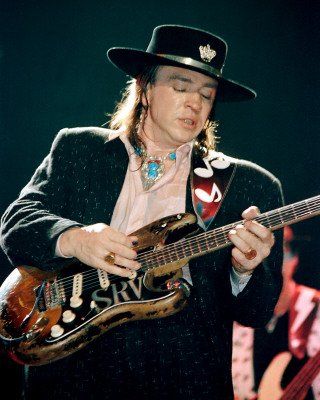 Here on this Stevie Ray Vaughan songs page you'll find a collection of demo covers and full lesson tutorials available for purchase along with several free chord sheets in .pdf format. Help yourself to the free chord sheets where available.

In 1989 SRV recored his last album with his band Double Trouble which was called "In Step". This song, The House Is A Rockin peaked at #14 on the Mainstream US Rock Charts. SRV went on to record one last album with his brother Jimmy before he was killed in a helicopter crash in East Troy Wisconsin on Aug 27th 1990. After a late night all star jam session, SRV departed at 12:50am in a helicopter in foggy conditions with 4 other people bound for Chicago. The pilot plowed into a nearby ski hill and all 5 were killed instantly.