Tennessee Plates Chords
On The Acoustic 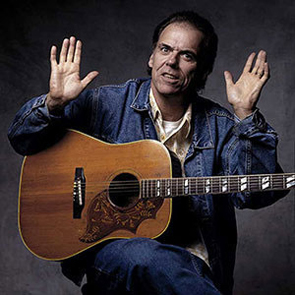 Here on this Tennessee Plates Me chords page you'll find my acoustic guitar demo, purchase link to the full lesson, the lyrics to the song as well as a free .pdf to the Tennessee Plates Chords sheet you can download.

In 1988 John Hiatt released the album "Slow Turning" and the song Tennessee Plateswas a track on that album. This song was released as a single but failed to chart. Country Singer Mark Collie also recorded the song but never released his version as a single.

Since I left California baby, things have gotten worse
Seems the land of opportunity for me is just a curse
Tell that judge in Bakersfield that my trial will have to wait
Down here they're lookin' for a Cadillac with Tennessee plates

It was somewhere in Nevada, it was cold outside
She was shiverin' in the dark, so I offered her a ride
Three bank jobs later, four cars hot wired
We crossed the Mississippi like an oil slick fire

She saw him singing once when she was seventeen
And ever since that day she's been living in between
I was never king of nothin' but this wild weekend
Anyway he wouldn't care, hell he gave them to his friends

Many video demos have become unavailable due to Youtube issues ... they are now slowly re-appearing once again ... thanks for your patience - Kirby