The Body Of An American Chords
On The Acoustic 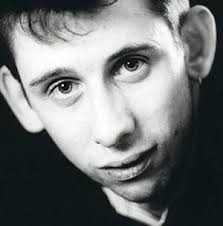 The Body Of An American Chords
Demo Lyrics & Pdf

This song was written by Shane MacGowen of The Pogues but I'm not sure when it was first released. It is on their album "The Best Of The Pogues" covering the period from 1984-1991. The song however was never released as a single.

The Body Of An American Lyrics

Fare thee well, going away - There's nothing left to say - Farewell to New York City boys, to Boston and PA
He took them out with a well-aimed clout and we often heard him say - I'm a free-born man of the USA

Fare the well, gone away There's nothing left to say - With a slainte Joe and Erin go My love's in Ameri-kay
The calling of the rosary Spanish wine from far away - I'm a free born man of the USA