Here on this Wayfaring Stranger Trace Adkins chords page you'll find my acoustic guitar demo, purchase link to the full lesson, the lyrics to the song as well as a free .pdf to sheet you can download. 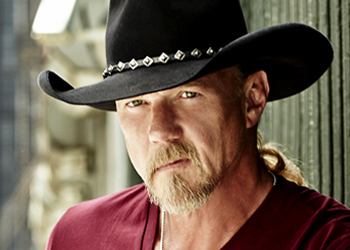 Trace Adkins played the is song for the Johnny Cash Tribute 2011 GMA show. As you'll see in the demo, his version differs slightly but is very close to the Emmylou Harris version. In fact, Trace is playing the pretty much the same chords, but he has a capo on the 3rd fret and uses an Em in his version.

The chords used in this one are as follows:

You can use and nice and easy root down up root up down up and repeat for the rhythm pattern all the way. As mentioned before, this song lends well to a multi-instrument band where member can take turns in the break.

As mentioned in the video, you can create a simple or complex picking sequence here or you can follow the melody pattern. I gave you some ideas in the tutorial but didn't nail you down to just one way. it's best to experiment and find a pattern that works best for you.

The Ed Sheeran version is quite different as he only uses over-dub sounds and some vocal backup as he sings thru the main lyrics.

Other variations of this song depending on who you listen to are pretty close to each other. Johnny Cash, Jack White, Rhiannon Giddens and Emmylou's version are all pretty much the same.

Thanks for stopping by this Wayfaring Stranger Trace Adkins chords page and I hope you found the info here helpful.