Easy Simon And Garfunkel Songs
On The Acoustic

Learn these easy Simon and Garfunkel songs on the acoustic guitar with the help of my free acoustic guitar demos and chord sheets. Help yourself to the free pdf chord sheet downloads where available and check out my full acoustic lessons from start to finish.

Bulk purchases from the right menu bring down the cost of a lesson to as little as 60 cents each. 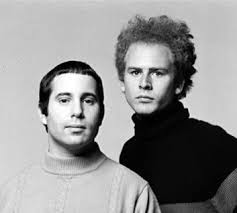 America Song Facts - This song hails from the 1968 album "Bookends". It was also used as a B-side for the song "For Emily Wherever I May Find Her". The song eventually became an A-side single in 1972. The band Yes re-arranged the song as did David Bowie and the lead singer Bert Sommer from The Left Banke who all covered the song.

At The Zoo Song Facts - Paul Simon wrote various tribute songs about NYC, his home turf, and this song was one of those released in 1967. Written for the zoo scene in the movie "The Graduate", it wasn't even used in the movie. But zoo's around the country began to license the song for ads. The song peaked at #16.

Bridge Over Troubled Water Song Facts - The title for this song came from a Swan Silvertone's song called "Mary Don't You Weep" from the line "I'll be your bridge over deep water if you trust in my name". The song was also the title track from Simon & Garfunkel's last album together back in 1970. The album sold over 25 million copies and won two Grammy Awards. The other musicians on the album were also famous Wrecking crew members.

Cecilia Song Facts - This song came from the last album of the duo was was their 2nd single, following bridge Over Troubled Water. The song was a #4 in the US but did not chart in the UK after the 1st single hit #1.

Feelin' Groovy Song Facts - Also known as the 59th Street Bridge Song, which is the name of the Queensboro bridge in New York City. A children's TV puppet show called H.R. Pufnstuf used a song very similar in nature. After Paul Simon launched a lawsuit against the creators, they admitted to using the song and so added Paul Simon to the writing credits of "their theme" song.

Homeward Bound Song Facts - Written on a scape of paper at a Liverpool Railway station in 1964, this song peaked at #5 in the US and The Netherlands and at #2 in Canada in 1966. I consider this one of the easy Simon and Garfunkel songs to learn on the acoustic.

Kathy's Song Song Facts - Kathy Chitty was a ticket agent in Liverpool in 1964 and became good friends with Paul Simon. Many believe this song is about that relationship. Art Garfunkel dedicated this song to his wife Kathryn at a live performance, but since he didn't write the song, it clearly wasn't written about her. Nacny Wilson from Heart and Eva Cassidy have both covered this song.

Mrs. Robinson Song Facts - The Graduate movie has several Simons & Garfunkel songs in it including this one. But the movie version is not exactly the same as the record version becuase the song had a different vibe and wasn't even finished. This song was released as a single and reached #1 and was a top 10 in several countries which was 3 months after the movie version was heard in theatres.

Richard Cory Song Facts - This song hails from the "Sounds Of Silence" album of 1966. Paul Simon wrote the song in early 1965, but the duo never recorded it until Dec of that year in time for the album release in early 1966. The song is based on an 1897 poem of the same name. Paul McCartney And Wings along with Van Morrison have covered this number.

Scarborough Fair Song Facts - Some believe this song stems from a Scottish ballad going back to 1670 .. yes that date is correct. Ohters believe it is a traditional English ballad. eith way, it wasn't written by Simon & Garfunkel. Other artists recorded versions before the Oct 1966 version by Simon & Garfunkel. Simon learned the song from English musician Martin Carthy in 1965.

Sound Of Silence Song Facts - The original title of this song was "The Sounds Of Silence" when it was written by Paul Simon between 1963 and 1964 and was their first major hit. The album tile was shortened to "Sounds Of Silence" and eventually the song followed suit. Homeward Bound and I Am A Rock were the 3 singles from the album. Todd Hoffman from the show Gold Rush has a great version of this song and is one of those easy Simon and Garfunkel songs to learn.

The Boxer Song Facts - The Boxer was released in 1969 and was included on the 1970 album "Bridge Over Troubled Water". The single peaked at #7 in the US and was a top 10 in several other countries. Over 100 hrs of work went into this tune before they got the end product we enjoy today.

Thanks for stopping by this easy Simon and Garfunkel songs page. I hope you found what you were looking for. Until next time.