Welcome to my easy country songs on guitar page. Below are 5 country tunes you can easily learn on the acoustic. I've included the song demos, free chord sheets, rhythm tips and if you need to purchase the full instructional lesson for a few buck or less, that link is provided also. Purchasing lessons in bulk (see right menu) saves you money. 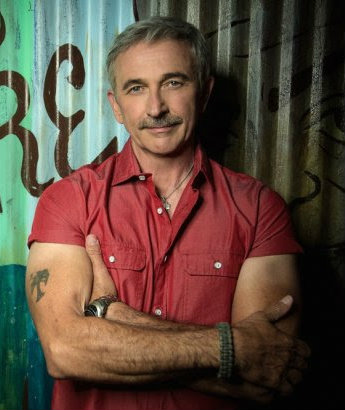 Aaron Lewis recorded this song back in 2919 from his "State I'm In" album but for some reason this song was never released as a single. There were three singles released from that album but none of those songs charted.

2. Aaron Lines - I Havent Even Head You Cry

This song hails from Aaron Lines 4th studio album called "Sunday Afternoon' released in 2010. The song peaked at #13 on the Canadian Music charts but did not chart in the US.

Andy Griggs had a 3 album stint at RCA Nashville and this last album entitled "This I Gotta See" produced this single called If Heaven, which peaked at #5 on the US country charts.

In 2013 Aaron Watson released his "Real Good Time" album and this single July In Cheyenne. All three singles from that album however, including this one, failed to chart on country radio. The song pays homage to bullfighter Lane Frost who died at age 25.

5. Aaron Tippin - You've Got To Stand For Something

Aaron Tippin co-wrote this song with Buggy Brock and released this single in 1991, reaching #6 on the country charts. A year later Charley Pride released his version. Bob Hope heard Tippin perform the song and invited him on a USO tour for the troops as a result.

Tippin's last album was in 2015 and he currently runs two hunting supply stores.

Thanks for dropping by my Easy Country Songs On Guitar page and I hope you found the info here useful.